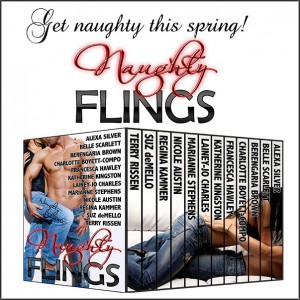 Sticky & Sweet, part of the Naughty Flings boxed set, brought to you by the Naughty Literati.

Available as ebook at Amazon:

Available in paperback at these retailers: 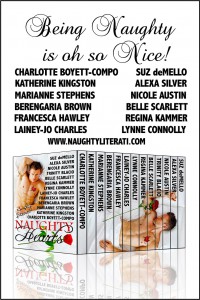 Under the Hood, part of the Naughty Hearts boxed set, brought to you by the Naughty Literati.

How do you choose between an online crush you’ve never met and a secret crush that you have? Maybe you don’t have to…

Available as ebook at Amazon:

Available in paperback at these retailers: 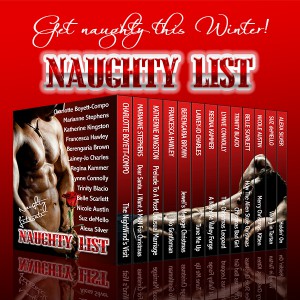 Mechanic and garage owner, Dani Halston gets caught having a very intimate moment with a secret recording she made of her best friend, Jason, singing the karaoke version of a special love song. Once Jason figures out what he’s seeing, he quickly makes the decision to show Dani that he’d be happy to take care of any current and future orgasms she ever wants or needs for the rest of their lives.

Now available at these ebook retailers:

Shellie Parker was supposed to be a temporary substitute until a new departmental secretary could be hired. Instead, she’s been efficiently running the math department for six weeks already, and David has taken to hiding out in his office to avoid her.

No way does he want her to know he’s obsessed with her and fantasizes on a regular basis about her and what he’d like to do with her. So when he’s caught with his pants down—literally—his future can go one of two ways: a sexual harassment charge and loss of his job, or the best sex he’s ever had in his life with the woman of his dreams.